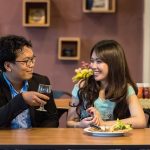 If you’re a business owner paying your spouse or family member a salary and claiming it as a business expense, you need to be careful when claiming deductions for their salary.

There have been a number of tax cases in recent years involving disputes between taxpayers and HM Revenue and Customs (HMRC) over deductions for wages in respect of family members, including spouses.

To be considered a valid deduction:

A partial deduction is not prohibited for any identifiable part or proportion of the expense which is incurred wholly and exclusively for the purposes of the business.

As an ICPA article explains, “For example, in Scott & Ingham v Trehearne [1924], commission on profits of 33.33% paid by a self-employed individual to each of his two sons was held to have been excessive on the evidence, and 10% was felt to be more a more realistic amount for services rendered and thereby deductible from business profits.

“In a more recent case, McAdam v Revenue and Customs [2017], HMRC concluded that the deduction claimed for a self-employed plumber’s wife’s wages was unreasonable. The taxpayer argued that a salary of £90 per week for his wife was not excessive for the duties she carried out which included administrative and accounting functions, taking telephone enquiries, processing orders and checking part prices. HMRC accepted that the taxpayer’s wife had done some work, but calculated that an appropriate wage would be £1,344 per annum, at an hourly rate of £8.”

So not only can a payment for spouse’s wages be partly disallowed as a business deduction and remain fully taxable, but even if fully deductible, HMRC may sometimes argue that the wages are taxable income of the spouse instead, such as under the ‘settlements’ anti-avoidance rules.

As our recent blog on record keeping highlighted, it’s becoming increasingly important to keep detailed records, and to keep them for longer than the ‘traditional’ 7 years you may previously have had in mind. In this instance, you must be able to provide HMRC with evidence of the work done by the spouse and how much time they have time spent performing that work.

If you’d like to discuss how this might affect you, or for more information about our services, call us on 01761 241 861 or email us today. We will be pleased to advise you or to invite you into our offices in Paulton, near Bristol and Bath, for a consultation.