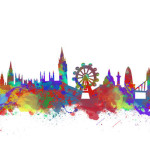 I’m often asked how much money can be brought into the UK without incurring a tax charge – or in some cases to work out the “tax cost” of bringing in overseas earnings or investments.

The question typically comes from either people returning to the UK after a time abroad, or from non-domiciled individuals living in the UK who have income generated overseas.

For the first group, the answer is generally very simple, if they’ve earned or received income while they’ve been non-UK resident, this can often be brought into the UK without any tax consequences whatsover.  (That said, the question of tax residence is often not a simple one…that’s a subject for another blog).

For the second group, who are clearly UK resident but not originally from the UK, the question can be more complex.  Individuals who have a domicile of origin outside the UK (domicile being the ultimate family home base) have access to the remittance basis of taxation.  This means that where income is genuinely earned outside the UK or capital gains are realised on UK assets, these may only be taxed in the UK if the funds are brought to or enjoyed in some way in the UK, provided the individual elects for the remittance basis to apply.

A consequence of these rules is that non-domiciled individuals often build up significant cash or investment reserves outside of the UK which haven’t been taxed here but will be if they bring the money in, which might be required for a house purchase or for other costs such as funding school or university fees.

We’ve been looking at ways to cost-effectively bring this money in, using the HMRC-approved reliefs available, to produce cash which can be freely used in the UK.

One of our ideas for accomplishing this uses a combination of business investment relief (BIR) and EIS relief, as is beautifully explained in the latest blog posted by Rockpool investments: http://www.rockpool.uk.com/offset-remittance-tax-charges-by-investing-in-eis-companies/

If you’d like to discuss how to tax effectively bring funds into the UK, or other matters including residence, domicile and tax planning, do give us a call on 01761 241 861 or email us at info@sestiniandco.co.uk