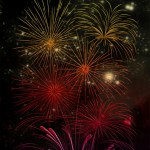 At a personal level, for me as an adviser, an abandonment of the remittance basis is potentially as great a change as the much reported “death of the tax return” as it’s a subject I’ve been advising on for over 20 years.

As background, a non-dom is someone whose family, roots and key connections are all outside of the UK.  Domicile passes down the paternal line and so individuals usually inherit their father’s domicile at birth and this domicile of origin remains with them unless and until they (or if in their minority their parents) take steps to permanently renounce their domicile of origin and acquire a new one.  It is not possible in English law to be without domicile so a UK domicile cannot be renounced without setting up home for good in another country.  Domicile is a concept of common law, not specifically of tax law and so I think it’s unlikely it will be abandoned altogether as a legal concept.

There has been much rhetoric already about the unfairness of the remittance basis, with objections coming to the fore from individuals in most if not all of the main parties (I haven’t yet read what Nigel Farage’s view is of Ed’s announcement but that could well be my omission not his), but in the scheme of things, it may not affect that many people, and possibly far fewer than the reports suggest:

– the income tax and capital gains tax benefits of claiming the remittance basis of taxation have been greatly eroded since a charge of £30,000 per annum was introduced in 2008 which has been extended to an annual charge of £90,000 per annum for those in the UK for more than 17 years;

– the majority of non-doms living in the UK do in fact currently pay income tax and capital gains on their worldwide income as this is far less costly for them than paying the annual remittance basis charge;

– paying tax on a worldwide basis becomes more compelling over time as individuals need or want to use their overseas income in the UK;

– many non-doms who do claim the remittance basis have most of their wealth in countries which have tax treaties with the UK and indeed in countries where they pay tax on their income and gains at source (not least the 35% withholding tax on interest income under the EU savings directive);

– in addition, for the very richest non-doms, the majority of their wealth is most likely already in structures which are not subject the remittance basis rules for individuals and as such they may well be unaffected or rather less affected by the proposed change than less wealthy taxpayers.

It may however discourage businesses from bringing overseas talent into the UK, particularly for longer-term projects. And may cause a number of people who came here on a temporary assignment but have stayed longer and settled here with their families, to leave: the cost to a company of localising an expat may well become higher.

So, it’s possibly a vote winner but not necessarily a revenue-raiser. Similar changes have been proposed roughly every 10 years in the past and all have previously been kicked into the long grass but the appetite for dealing with perceived “unacceptable tax avoidance” is much stronger than previously, so maybe it will happen this time.

I can’t help wondering where the international focus of UK tax policy debate will turn should the remittance basis be abolished: should we follow the Americans in taxing UK citizens on their worldwide income (for the priviledge of citizenship) regardless of where they reside?  Or would that be a step too far?