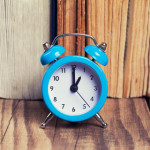 HMRC have announced that they will exempt employers with less than 50 employees from being issued with automated PAYE RTI late filing, non-filing and late payment until March 2015.

HMRC have stated they believe RTI is working well, with HMRC’s figures showing that over 95% of PAYE schemes are successfully reporting in real time. HMRC also said that they are to examine other ways to encourage employers to comply with the rules, in addition to financial penalties, in the run up to March 2015.

As a further note of good news for businesses and charities with less than 250 employees, the Government introduced the new Employment Allowance (EA) as of 6th April 2014. The intention of the EA is to encourage employers to take on new staff as the EA represents a £2,000 credit against the employers National Insurance bill. Simplicity has been the priority in designing the allowance. It is easy to claim, and all you have to do is tick a box on the payroll software.

Please contact us for any advice required regarding the above.

Major companies back initiative to get 25 female CEOs in FTSE 100 Some of the companies already on board with this campaign include BAE Systems, BP, Deloitte, GSK, ITV, NatWest Group and Unilever. Find out more in this Management Today article: bit.ly/3rWBSl5 pic.twitter.com/Yr6Tzp7nwT

Join us on Tuesday 1st February for a free webinar: Immigration to the USA through Investment with our Managing Director, Rachel Sestini , speaking with B&A Immigration and @knightfrank Thanks to organisers @HaloFinancial #tax #immigration #usa eventbrite.co.uk/e/immigratio…