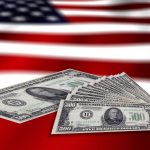 The 2022 Budget and Tax bill in the USA, aka the Build Back Better Act, calls for nearly $2 trillion in tax increases on corporations and the “super rich”, although Biden has vowed not to raise direct taxes on people earning $400,000 or less.

The Bill also includes suspension of a $10,000 cap on the state and local taxes deduction (SALT), mostly to the benefit of wealthy Americans in liberal states and affecting approximately 13% of Americans, typically corporate attorneys, real investors real estate investors, business consultants and the like.

The new Bill, passed by the House in November 2021, must pass the Senate via a Reconciliation Bill before it becomes law.

From a tax perspective, the Bill is focusing primarily on taxing the country’s richest individuals and the largest US companies via what is known as the GILTI regime (Global Intangible Low-Taxed Income). Expat business owners potentially fall within the GILTI regime.

The Bill is focused on recouping tax from individuals and companies that are currently able to avoid large tax bills. It is part of the IRS focus on enforcement action on what is sees as large scale tax evaders, similar to the UK HMRC ethos.

For companies, the proposed Bill moots the introduction of a new 15% tax that would apply to US companies reporting more than $1 billion in profits to shareholders but not to the IRS (typically those with non-US operations as part of a US-owned group). The Budget Office has said that tax on the book income would raise approximately $319 billion over 10 years. Analysis from senator Elizabeth Warren showed that at least 70 of the largest companies in US would pay more tax as a result of the new levy, including well-known names such as Amazon, Facebook, FedEx, General Motors, Google, T-Mobile and Verizon.

With the mid-term election cycle starting in 2022, the Democrats will be keen to pass the Bill during 2021.

If the Bill passes as-is, expats could be affected by the new taxes on companies and individuals:

Whilst the new legislation is targeted at large global companies, the way the GILTI legislation is drafted means the levy will also include private companies incorporated outside of the US which are owned by US persons, effectively bringing corporate profits within the scope of the individual tax of the business owner.

Individuals are likely to be affected from 1 January 2022:

Expat taxpayers who earn more than $400,000 will start paying the 3.8% Obamacare tax on income and gains from active businesses – including real estate business.

For those who have an income over $10 million, the ultra-high wealth tax of 5% will apply (after deduction of IRC 911).

If you’re an expat and would like some guidance during these challenging times, do get in touch.

We have staff who are CTA qualified and qualified as an enrolled agent and hold membership of the Association of Independent Expatriate Tax Practitioners (AIETP).

Please give us a call at Sestini & Co on 01761 241 861 or email us  today. We will be pleased to arrange an online consultation or telephone call.