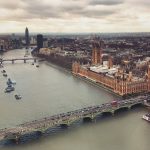 Termed a ‘mini budget’, yet without the usual independent OBR research or illustrations showing impact of tax cuts on different earning brackets, those measures that have been announced today (23 September 2022) are impactful, with a focus on overall economic growth rather than redistribution of wealth. Measures supporting businesses will have an effect across the income brackets however certain changes such as the abolition of the higher tax rate will initially benefit high net worth individuals and higher earners before the impact will be felt more widely.  Noted by the opposition was the fact this plan fails to impose special tax measures on organisations such as energy companies.

The measures also come hard on the heels of the departure of Treasury Permanent Secretary Tom Scholar, so we presume decisions made have not been informed by his extensive experience and impartial advice.

From the perspective of the new Chancellor Kwasi Kwarteng, he claims that the measures will help Britain become more globally competitive, fuel economic growth and the supply side of the economy, and ‘release the potential of this country’. However, critics claim that for lower earners and middle earners the measures fail to help them whilst overtly helping top earners.

The full OBR forecast is likely to be available in December.

Here’s our top 10 of tax measures:

Personal tax rates and National Insurance
1. The basic rate of income tax will be cut to 19p from 20p in April 2023, a year earlier than previously planned.

The new (single) top rate of tax will now be 40%, simplifying the tax system, the Chancellor claims.

The Office of Tax Simplification is set to be wound down with the measures announced today covering many areas they were tasked with including making the tax system ‘fairer and more dynamic’, the Chancellor said.

2. The increase in National Insurance of 1.25%, introduced to fund health and social care in April, will be reversed from 6 November 2022.

3. IR35 tax rules governing how temporary contractors are paid will be simplified and the 2017 and 2021 reforms will be repealed.


Stamp duty
4. The stamp duty threshold before stamp duty is paid has been raised to £250,000 from the current level of £125,000 with immediate effect.


Measures for businesses
5. The planned rise in corporation tax in April 2023 from 19% to 25% has been scrapped.

6. A new scheme for 38 low tax investment zones across the UK has been announced.

7. The cap on bankers’ bonuses introduced in 2014 has been lifted from the current level of twice salary level (with the possibility to override this if shareholders agree), with Kwarteng arguing that the previous cap merely meant that remuneration was presented differently rather than capping total remuneration

8. The Annual Investment Allowance will remain at £1m permanently, rather than returning to £200,000 in March 2023 as planned. This measure allows businesses to fund plant and technology investments whilst benefitting from 100% tax relief up to the limit.

9. A 100% guarantee for commercial bank loans for energy companies has been introduced.

To encourage spending by overseas visitors, the UK will introduce sales tax-free shopping for them using a modern digital system.

Planned increases in duty rates for beer, cider, wine and spirits will be cancelled. There’s some good news for smaller breweries as draught relief is extended to cover smaller kegs of 20 litres and above.

The previously announced energy package is set to cost £60bn for six months from October when energy costs for households are set to spike once again.

Costings showing impact of today’s announcement will be available later today, Kwarteng said, although the OBR’s independent analysis will not be available until December.