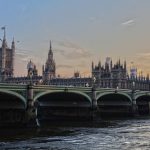 Are your state benefits protected?

For the last couple of years HM Treasury has been discussing a change to Class 2 National Insurance Contributions (NIC) with a view to abolishing them from 6 April 2019.

These Class 2 NI contributions allow you to qualify for benefits including the state pension, maternity pay, bereavement benefits, and contribution-based employment support allowance. Under the proposals, in order to maintain those benefits without paying Class 2, self-employed people, and those in partnerships make losses or low profits would have had to pay Class 3 contribution, costing around an additional £600 a year.

A welcome relief for the self-employed with low profits

In a surprise announcement on 6th September 2018 – but a welcome one – a Treasury official announced that abolition of Class 2 NI will “not come in this Parliament”.

Less cheering amongst self-employed with profits over £6,205 a year

Whilst low earners or those not making any profits will welcome the news that the current Class 2 NI system is set to stay, those earning above £6,205 (on 2018/19 figures) will not be so fast to rejoice.

The proposals would have meant that self-employed people with earnings above £6,205 would no longer have had to pay Class 2 NI but would have been treated as if they had paid them and would have gained access to state pension and other benefits.

Changes were also expected to be made to Class 4 contributions in April 2019. The September announcement also saw these changes being scrapped.

Part of the rationale for scrapping the changes is that this would have further exacerbated an already complex tax situation for self-employed people, at a time when the Government states it’s committed to tax simplification.

If you’re unclear about National Insurance contributions appropriate for your circumstances and whether you should ‘top up’ your contributions, or if you’re self-employed and would like to discuss planning for tax or cash flow, call us on 01761 241 861 or email us today. We will be pleased to advise you or to invite you into our offices in Paulton, near Bristol and Bath, for a consultation.