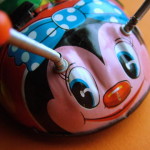 There are many ways to celebrate the International Day of Happiness, here are a few you might want to try:

In addition, you could think about your pension provision, aided and abetted by what has been heralded by some as: “the most radical overhaul of pensions since… well, ever”.  And there I was thinking that “A Day” in 2006 was as dramatic as it gets when pensions are concerned.  Not to mention Gordon Brown’s removal of the dividend tax credit in 1997 :-/

But rather than limiting pensions as recent changes have done, the changes in this budget were all about pension flexibility – primarily making it easier and cheaper to draw money out.  At the moment, the changes are focused on defined contribution pensions (i.e. those where you build up your own investment pot within a pension wrapper) rather than defined benefit schemes where you have an income guarantee, usually based on a proportion of salary at or near retirement.

The changes coming into effect from 27 March 2014 are as follows:

More changes are due to come in from April 2015:

In summary, the lack of flexibility and punitive taxes on passing on pensions have been removed, so pensions once again have the potential to become a tax effective and attractive savings vehicle.  If this does cause an inflow of money into pensions, it’s key that people can access the right advice from experts in the field.  Always check your adviser’s experience and qualifications before handing over any money…

On that note, the last provision is for me the most surprising: the government have set aside £20m to pay financial advisers to give this advice, I’ve yet to work out how much this is per client or how it will be managed but hopefully it is positive news for the independent advisers who’ve been investing much time and effort since the retail distribution review.