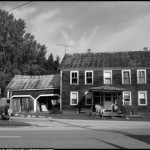 At a time when ministers are encouraging the release of government-owned brownfield land for housebuilding as recently reported by the Telegraph and demand for housing in the UK reaching “an 11 year high”, those of us with large plots might consider selling part of them.

Should we opt to sell part of our plot, most of us would probably assume that our garden would automatically form part of our residence and would be assessed as such by HMRC when considering capital gains tax owed.

A recent case, however, makes it clear that such assumptions can be challenged.

“You don’t pay Capital Gains Tax when you sell (or ‘dispose of’) your home if all of the following apply:

However, there are some grey areas and additional complications.

In the case of Mrs D Fountain and Mr I Fountain v HMRC, there were some complications such as part of their land having previously been used for business purposes and part of it as farmed fields.

After their business closed, some of the land was divided into five building plots. One of the plots was retained by the Fountains and they built a new home on it. Subsequently another of the plots, plot 2 was sold.

Proving your garden is a garden…

Plot 2 was area of land the Fountains claimed as garden but which had no direct access from the main residence. As an additional complication the space appeared to have been covered by tarmac at the time of sale.

The Tribunal made the decision not to allow private residence relief on Plot 2 as there was no clear evidence to demonstrate that it was being used as garden at the time it was sold and when contracts were exchanged. This follows in line with an earlier case where “The High Court in the case of Varty v Lynes (1976) 51 TC 419 decided that for the relief to apply, the land must form part of the garden or grounds of the taxpayer’s residence at the time of the sale”.  In addition, using an area for “domestic use and enjoyment” or for parking a caravan or storing building materials is not enough to constitute a “garden”.

The ruling notes: “At the time of the disposal, Plot 2 was just a bit of land that Mr and Mrs Fountain happened to own. It was a levelled site that Mr and Mrs 40 Fountain used for storage and parking. It did not form part of the garden or grounds of Plot 4.”

However, it wasn’t just the use of the plot as a garden or grounds at time of sale which was the stumbling block. The separation of Plot 2 from the plot where the Fountains had built their new house was also an obstacle with the Tribunal noting “Plot 2 was separated from Plot 4 by Plot 3 (which at this point had a house 30 built on it), and Plot 2 was fenced off from Plots 1 and 2.” There are instances where HMRC will accept separation of the garden from the main residence (for example, the garden being across the road from the house) but this was not one of them.

If you’d like to discuss capital gains tax or plans for disposal of grounds with us, call or email us today. Forward planning can be invaluable in ensuring you maximise the tax savings opportunities and do not inadvertently increase your tax liability.  We will be pleased to invite you into our offices in Paulton, near Bristol and Bath, for a consultation.

From the team at Sestini & Co