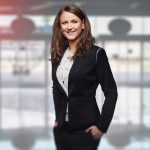 Throughout June and July the scheme will continue as before with no employer contribution at all.

There are signs that HMRC intends to take firm measures for any firms found to be abusing the system.

From 1 July, employers can introduce flexible furloughing (for any amount of time and any shift pattern) and employees will see no change to their level of support, they will be paid for their full contractual hours.

An employer could bring an employee back for two days a week. The employer would pay the employee for those two days a week as normal and the furlough scheme would continue to cover them for the other three working days. To introduce this, the old scheme will close to new entrants on 30 June.

The new scheme closed to entrants on 10th June.

From 1 August, the taxpayer contribution to people’s wages will stay at 80%. Employers will only be asked to pay National Insurance and employer pension contributions which for the average claim accounts for just 5% of total employment costs.

From 1 September, the government will pay 70% of the furlough grant up to £2,187.50 for the hours the employee is on furlough. Employers will pay NI and pension contributions and contribute to ensure staff receive 80% of their wages, up to a cap of £2,500 while they are furloughed.

The chancellor’s introduction to the final phase of the scheme made it clear that a return to work under ‘ the new normal’ is expected by September, by which time government expects employers to have had sufficient time to make any necessary changes to their workplaces and business practices.

From 1 October, the government will pay 60% up to £1,875 for the hours the employee is on furlough. Employers will pay NI and pension contributions and contribute to ensure staff receive 80% of their wages, up to a cap of £2,500 while they are furloughed.

On 31 October, the scheme will close, after eight months of operation.

During June-October, employers can continue to top up staff wages above the 80% total and £2,500 cap at their own expenses if they wish.

There are also changes to the self-employment income scheme. This will be extended with applications opening in August for a second and final grant.  The final grant will work in the same way as the first did paid out in a single instalment covering three months’ worth of average monthly profit.  The value of the final grant will be 70% up to a total of £6,570.

HMRC penalties for misuse of the scheme

Employers must pay employees for hours worked and must keep records of people put on furlough for five years.

This is to ensure that HMRC has plenty of time to investigate ‘abuses’ of the scheme and to imposes penalties if it deems that employers have been ‘dishonest’. This could include financial penalties or criminal records and it is very important to ensure you keep records from this period, that could include letters, emails, written notes of conversations and other.

A bill being rushed through parliament could come into force in July. It would allow employers 30 days to admit ‘accidental misuse’ of the scheme and to be given an amnesty. With the furlough scheme costing UK government and taxpayers around £30bn to date, the draft bill is a clear sign that the government is set to scrutinise furlough payments for accuracy and to take action if it suspects misuse, even by companies which have become insolvent.

Only then in the final two months of this eight-month scheme will employers be asked to start paying towards people’s wages.