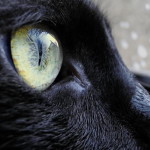 UK TAX // After a turbulent week following the 'mini budget' of 23rd September 2022, the newly-appointed Chancellor, Kwasi Kwarteng has reversed the decision to scrap the 45% rate of tax. Sestini & Co: providing sophisticated and bespoke solutions to your #tax affairs pic.twitter.com/TpW65dL1P4

US TAX // IMPORTANT FILING DEADLINES FOR INDIVIDUALS 🗓️ 17 October 2022 (usually 15th October but that is a Saturday this year) ❗Americans abroad can request a further extension to 15 December. Sestini & Co: providing sophisticated and bespoke solutions to your #tax affairs pic.twitter.com/g5jTwc6FRV

We learnt of the passing of Her Majesty The Queen with great sadness. We offer our condolences with deepest sympathy to everyone in the Royal Family for their loss. pic.twitter.com/kRKtsrJnLj

US TAX // IMPORTANT DEADLINES FOR US-BASED BUSINESSES RUNNING ON CALENDAR YEAR: 🗓️ 15 September 🗓️ 15 October. ❗Foreign (non-US) corporate deadlines for US tax return purposes vary based on whether there’s an office or place of business in the states. #IRS #UStax #expat #Tax pic.twitter.com/iUzY2j2cKw