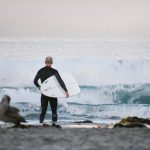 Women continue to face a gender pension gap, primarily because of having to take time off work to raise children and because they are still often paid less than their male counterparts.

For some, this is in addition to other financial concerns such as insecurity in the workplace and less female representation in managerial and leadership roles.

Prospect, a trade union that represents over 142,000 working people across the UK, has been campaigning on the gender pension gap for many years.

Its latest published research, looking at the scale of the gender pension gap in the UK, is based upon an analysis of responses to the DWP’s Family Resources Survey. It shows that the percentage pension gap between men and women increased to 39.9% in 2017-18.

In its report, Prospect sets out a number of recommendations for the government and industry to help reduce the gender pension gap, such as:

According to the Office for National Statistics (ONS), the gender pay  gap among all employees is 17.9%, driven by more women working in part-time jobs, which are lower paid.

Top up with private pensions

The need to go beyond state provision for retirement was illustrated recently by the High Court’s decision on the Backto60 campaign group’s case that the increase in state pension age from 60 to 66 for women born in the 1950s was discriminatory. The Court dismissed the case, stating that the change in eligibility age was correcting “historic direct discrimination against men” rather than discriminating against women.

Women born in the 1970s and onwards, are part of the newer reality, where men and women are more accepting of the need to be more reliant on private or company pensions in order to boost their standard of living in retirement to what will be considered a reasonable standard.

You can check the age you are set to receive the state pension here.

Although the state pension is set to rise by 4% from April 2020, it will still provide many people with a less than comfortable retirement. Adding regular funds into a private pension will help provide top up income and can grow tax-free into a much larger amount long-term.

At Sestini & Co Group we can help your small business or employer set up a Small Self-Administered Scheme (SSAS). You can find out more about what we offer on our pensions page.