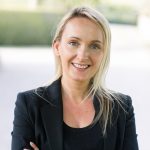 If you are working on a regular basis with tax and finance professionals, such as the team at Sestini & Co Group, you will be well positioned to have a good understanding of your company’s financial situation as it stands now and looking forwards.

Having an understanding, however, of the impact of insolvency is useful for you as a company director, whether it affects your company directly or whether you are a creditor impacted by a debtor of your company, who is facing an insolvency event. It is a requirement of the Companies Act 2006 that directors carry out their duties of care to the company shareholders and to their creditors.   This is known as the Enlightened Shareholder position.

Creditors are not all equal

The terms ‘secured’ and ‘unsecured’ creditor and even ‘preferred’ creditor may be familiar to you. Creditors are people to whom the company owes money. Their status is particularly important when the company enters a formal insolvency event, because there is a strict hierarchy of priority laid down in the Insolvency Act 1986.

Reviewing your customers’ payment terms and ensuring that they do not fall too far behind will help to ensure that your cash flow is not negatively impacted by someone else’s insolvency and that you can spot difficulties before they affect your trading. When large organisations become insolvent, the chain of suppliers affected is typically long and can push many of those lower down in the chain into insolvency themselves.

The move is part of the government’s general drive to recover as much as possible in terms of taxes owed from organisations and individuals.

Some business bodies are concerned about HMRC’s reversion to preferential creditor as many owner managers are not au fait with their numbers and may not give the letters from HMRC the time they deserve. Once HMRC have made a determination on the tax due, it is very difficult, not to mention costly to change their minds.

We would always recommend working with a tax specialist such as Sestini & Co to ensure that taxes you are being asked for have been calculated accurately, and to dispute them should that be necessary. HMRC can be very zealous and determined when chasing taxes; ensuring that the tax calculations are correct could be the difference between you continuing to trade and losing the business.

If you are a company facing financial difficulties, it’s important to ensure that you work with an expert in insolvency, a regulated Insolvency Practitioner, such as Hawkins Insolvency.

We will look at your company’s situation and determine what routes are open to you. We may be able to broker informal agreements with creditors and to ensure that the company continues to trade. At worst it may need to go into receivership or Company Voluntary Liquidation. In all cases we will work with you to ensure the best outcome for you, your company and your creditors.