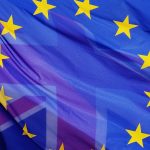 It’s now three months since the referendum on Britain’s role in the EU on 23rd June.

Britain will be the first country to leave the EU so we’re in uncharted territory but now that the dust has settled a bit, what does the landscape look like now?

We have a new prime minister, not in power through a democratic process of citizens voting but through the resignation of David Cameron and a ballot of Conservative MPs and then Conservative party members.

With the new prime minister comes a new view on Britain’s role in the EU. Theresa May has already announced that a second referendum isn’t on the cards and over the last couple of days of August has been consulting with Cabinet over practical steps to move towards official EU exit.

What is Article 50? We’ve heard a lot about this but perhaps not too much detail on why it was introduced to the EU constitution or what it entails.

Part of the Lisbon Treaty, Article 50 entered into force on 1 December 2009, a full 16 years after the EU was founded in 1993. It’s just a few fairly vague paragraphs in the constitution which lay out the right for an EU Member State to withdraw and an overview of the process.

Until we trigger Article 50, Britain officially remains in the EU and in theory, it’s business as usual.

Britain could exit the EU at the earliest in 2019 as Theresa May has said the UK government will not officially start the process for exit by activating Article 50 until the start of 2017 (at the earliest). The usual procedure would then be for the Member State to finalise terms of exit in two years, unless all the other Member States unanimously agree to extend the period. 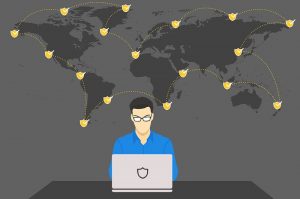 What will happen post-exit to our trade treaties with the EU? These are subject to negotiation with other Member States and Britain theoretically shouldn’t start talks with individual countries in or outside the EU until it’s triggered Article 50 and then completed its exit, so rather a chicken and egg situation.

However, the EU exit could open up opportunities for Britain to seek trade agreements with countries which the EU has been reluctant to negotiate with, China for example. We’d expect discreet meetings to sound out individual countries to take place in the near future.

And it opens up the opportunity for Britain to join other trade groups such as the World Trade Organisation or European Economic Area.

Many areas of tax are likely to remain unchanged as the UK has sovereign control over income tax, capital gains tax and corporation tax.

VAT is an area where changes could be made. Although Value Added Tax is a construct of the EU, adding tax onto certain goods and services within the EU, we believe something similar will continue to apply to British companies and consumers post-Brexit.

The financial markets appear to be recovering from the shock and uncertainty caused the run up to the referendum and the result itself, with the pound now bouncing back and the latest Nationwide house price index showing prices are still rising. Focusing on opportunities rather than stagnating through indecision seems to be the way forward, a business which is continuing to grow and improve is going to be in the most competitive position no matter how long Brexit takes or if it happens.

If you’d like to discuss any aspects of this with us, call us on 01761 241 861 or email us today. We will be pleased to advise you or to invite you into our offices in Paulton, near Bristol and Bath, for a consultation.