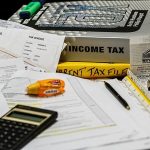 Should you take your tax bill with a pinch of salt?

The number of taxpayers challenging HMRC in the High Court where it has acted unfairly has increased. The number of judicial reviews faced by HMRC last year increased by 36% from 2016 (from 90 to 122).

With pressure to hit targets and increase revenues, HMRC has taken a more aggressive approach resulting in more legal challenges by taxpayers.

Recent judicial reviews have involved issues related to HMRC issuing information request notices to taxpayers who were not within its jurisdiction, making retrospective changes to the treatment of Customs Duty, and cases where the rules on residence and the National Minimum Wage were ignored.

Many judicial reviews are as a result of basic errors that HMRC seems unwilling to correct.

Other cases involve accelerated payment notices (APNs), which lets HMRC demand upfront payment of disputed tax from people who took part in avoidance schemes. The taxpayer has to pay the bill within 90 days without any right of appeal.  This essentially means those under investigation have to pay first and dispute later. HMRC has to date won all five cases involving APNs.

Around 3% of tax-related judicial reviews have been allowed according to statistics.  Many more applications have been dismissed where the taxpayer should have appealed to the first-tier tribunal.

How can you challenge your tax bill? 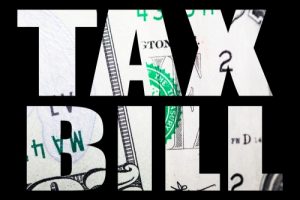 If you want to challenge HMRC in relation to the calculation of a tax bill or negotiate a deal to pay off tax debts, do get in touch with us if you would like us to work with them on your behalf or to check your figures before you contact them.

Our managing director, Rachel Sestini, has worked to successfully defuse and resolve many disputes. In a case involving an initial claim for over £17,000 she worked with the client to demonstrate at tribunal that special relief on HMRC’s claim to recover unpaid tax should be applied. The tax bill was reduced to £325.

Alternatively, your first point of contact should be to the tax authority. In many cases problems can be solved informally through phone calls and letters, however understanding the legislation and your rights can be problematic, making it a much smoother process when tax experts such as Sestini & Co are involved.

If you proceed on your own and you’re not happy with the outcome from HMRC, you can request an Alternative Dispute Resolution (ADR) procedure using the CC/FS21 guidance document.

You’ll then be able to ask the Adjudicator’s Office to examine your complaint for free. If you disagree with this assessment you can ask your local MP to refer your complaint to the Parliamentary and Health Service Ombudsman.

For the most serious cases, taxpayers can challenge HMRC in the High Court using a judicial review but bear in mind that this is an expensive option to pursue.

This can be a complex area, whether you are based in the UK or are an expat, so if you’d like to discuss whether you may have been treated unfairly by HMRC and need clarification on this, call us on 01761 241 861 or email us today. We will be pleased to advise you or to invite you into our offices in Paulton, near Bristol and Bath, for a consultation.