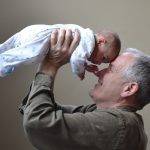 As from 6 April 2015 the 55% pensions “death tax” was abolished. Before this it was only possible to pass on a pension pot to heirs without incurring this tax if you died before 75 and had not touched the money.

These changes mean that an entire unused pension pot can be passed down to beneficiaries free of tax, making it more appealing for people to not touch their pension funds as they are now seen as an effective inheritance tool.

What happens under the new rules

Under the new rules, if the pension fund holder dies before 75, the beneficiary can inherit some or all of the uncrystallised fund as a lump sum tax free up to the Lifetime Allowance of £1.25m. The pension pot that is inherited is now taxed at the recipient’s marginal rate.

These new rules have effectively changed how people use their assets in retirement. Whereas before people would try to use up their assets after 75, they are now generally using up other assets, such as Individual Savings Accounts (ISAS) before their pensions.

While it is difficult to predict how long you will live, it’s generally advised that people spend their ISA investments and cash holdings to fund their retirement before dipping into pension savings – reducing the value of a personal estate that may be subject to inheritance tax, benefiting any nominated beneficiaries.

The changes also mean that an individual can now decide who benefits from their pension. It used to be that just dependents and spouses could benefit, but it can now be anyone – hence the term ‘beneficiaries’, as opposed to ‘dependants’.

With the launch of the government’s pension dashboard in 2019, people will also be able to see all of their retirement savings in one place, so they’ll be encouraged to look at their pensions as part of their financial plans at an earlier point in their lives.

The choices for pensions have opened up considerably over the last years and there are options now available which may specifically suit you if you’re an entrepreneur.

If you’re a company owner or director, you may also wish to consider using a SSAS (Small Self-Administered Scheme) to house your and your fellow directors and managers’ pensions.

One of the benefits of a SSAS is that the investments are made free of Capital Gains Tax and basic and higher rate tax can be claimed on contributions. The ‘sponsoring employer’ can also pay pensions contributions into the scheme and gain tax relief on the contributions.

Our earlier blog highlights the type of investments the scheme can make and how this might also satisfy auto-enrolment obligations.

How can we help?

This is a complex area in terms of legislation and taxation. At Sestini & Co Pension Trustees Ltd we provide bespoke pension administration services to support those who wish to take control of their retirement plans and act as Professional Trustees for SSAS schemes.

We are delighted to be one of the early signatories if this important initiative and to see it flourish and grow. twitter.com/newfinancialll…