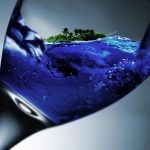 The publication of the Finance Bill 2017 saw the introduction of a new legal obligation, the Requirement to Correct (RTC).

The RTC, which began on 6th April 2017, is a statutory obligation for taxpayers with overseas assets to correct any issues in relation to their UK tax position by the 30th September 2018 and applies to income tax, capital gains tax and inheritance tax.

What does the Requirement to Correct entail?

The RTC was introduced in response to the UK government’s desire to tackle offshore evasion and non-compliance. There will be severe financial penalties for those who fail to comply by the deadline.

It is applicable to anyone with an undeclared UK income tax, capital gains tax and/or inheritance tax liability, so this includes individuals, partnerships, trustees or non-resident landlord companies.

Taxpayers who have had any offshore financial connections should ensure all their tax returns are correct for the current year and all years in which they owed tax on income or gains.

As we mentioned in earlier blogs, HMRC is extending its reach much further back than the seven years we typically keep records (our blog on Gulliver v HMRC shows investigation back to 1981 for a 2014 tax return).

What does it cover?

The legislation covers instances such as offshore sources of income or an interest in assets held offshore. Specifics could include art and antiques, land and buildings, stocks and shares, jewellery and vehicles.

What are the penalties for failing to comply?

The HMRC’s guidance can be found here.

If you fail to correct before or on 30th September, there will be standard penalties equivalent to 200% of the undisclosed tax liability – factors such as your “level of co-operation” with HMRC and “telling HMRC of anyone who helped enable your non-compliance” can help reduce the penalties.

There will also be asset-based penalties of up to 10% of the value of the assets connected to the failure and ‘offshore asset moves’ penalties to reflect the perceived seriousness of having deliberately moved assets to avoid reporting them to HMRC.

If you don’t declare and make corrections by 30th September, HMRC says it “will be using the information provided under the Automatic Exchange of Information (AEOI) agreements to identify non-compliance involving offshore matters or transfers and when you are caught you will face the higher FTC penalties, and you could also face criminal sanctions”.

This legislation also allows HMRC a longer period than previously to recover tax that falls under RTC. The guidance gives the example that offshore tax that HMRC could have assessed on 6 April 2017 could now be assessed  until the later of 5 April 2021 or the date on which an assessment can be raised using the normal rules.

If you’d like to discuss how to tax and property matters relating to UK or expat situations, call us on 01761 241 861 or email us today. We will be pleased to advise you or to invite you into our offices in Paulton, near Bristol and Bath, for a consultation.