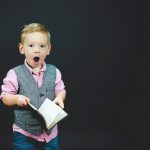 The UK tax system can be complicated and there are periodic moves to improve it. In a recent article in the FT, the Office of Tax Simplification (OTS), an independent statutory body that aims to make the UK tax system less complex, was cited as suggesting the online system be made easier to enable taxpayers to see different types of income in one place and be able to make ad hoc payments towards their tax bill if they wanted to. They are also pushing for tax payers to be able to regularly report information to HMRC using their online accounts, rather than once a year as they currently do.

The number of self-employed people in the UK is around 5 million and whilst some employ accountants, those who attempt to file their own tax return can end up making costly errors by failing to pay what they should or missing out on benefits. The recent example of self-employed people not paying enough Class 2 National Insurance contributions and so not accruing enough for a full state pension highlights the dangers.

Getting it wrong can be just as costly for companies.

We wrote an article at the end of last year which asked “Is it time to overhaul Britain’s tax system?” and explored some of the issues raised around this question.

It appears that HMRC is implementing more assertive measures to recover tax, from both businesses and individuals, and over the last few years has shown that it is prepared to recover tax outstanding as austerity measures have been implemented and the government seeks to reduce its deficit.

The Direct Recovery of Debts from 2015 gave HMRC the power to recover money owed from individuals from their bank or building society accounts. According to a government report published on the 16th April 2019, entitled “Review of the direct debt recovery intervention”, this has raised around £178m in tax revenue from April 2016 until December 2018, with very few complaints or appeals.

With the Budget now scheduled for March and given the Conservative Party’s pre-election manifesto promising to cut taxes, there could be some welcome changes for both individuals, who should see the threshold for national insurance contributions rising to £9,500 a year this coming tax year, and businesses benefiting from a range of tax cuts, including a reduction in business rates.

However, the tax rules can still be difficult to navigate and innocent mistakes are still penalised by HMRC so if you think your tax calculation from HMRC is incorrect, it’s important to have an expert to help you.

If you think you’re owed a tax refund it will be time consuming and challenging for you to recover on your own, so why not talk to us. Here at Sestini & Co we dedicate considerable time and expertise to keeping up with changing case law and ensuring we are up to date with the tax rules.

Getting all your paperwork collected so you can get all the info across to your accountant is one of the big blocks people cite when it comes to their tax returns. Here are a few not so common excuses! Get ready for your next tax return #tax moneysavingexpert.com/news/20…

We specialise in working with clients with challenging tax affairs, from ex pats to entrepreneurs. Contact us to find out how we can help. #tax #entrepreneur #HMRC #expat pic.twitter.com/y6MMtjAD3G

If you're a higher or additional rate tax payer contact us to make sure you don't miss out on tax relief -- an estimated £830m a year goes unclaimed. A new tax year starts on 5th April. Contact us to discuss your pension plans ahead of time. Image for illustrative purposes pic.twitter.com/DeUbRNkVc2

Missed your tax return deadline? Work with us to turn 'failed it' into 'nailed it'. linkedin.com/feed/update/ur… #HMRC #tax #taxreturn pic.twitter.com/PrEoBO4JrQ